Everyone agrees on the mission to connect more people. But no one can agree on how to do it. 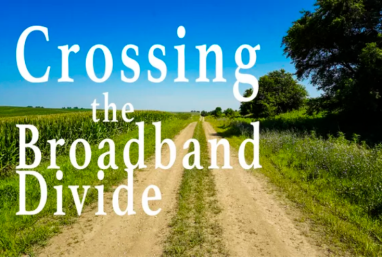 This is part of CNET’s “Crossing the Broadband Divide” series exploring the challenges of getting internet access to everyone.

In previous generations, communities thrived based on their proximity to infrastructure like roads, railways, airports and rivers to distribute goods. Today, it’s about having access to reliable, affordable high-speed internet. Communities without access will simply wither and die, says Jonathan Chambers, a former FCC official and partner at the Washington-based consulting firm Conexon, which works with electric co-ops looking to deliver rural broadband service.

“People will vote with their feet and move away from places that do not provide high-speed internet access,” he said. “They will leave, and that community will not survive.”

But the biggest barrier to getting broadband in certain areas of the country is low population density. Broadband providers simply won’t offer service if they can’t get enough customers to pay for it.

The advent of 5G wireless, which promises to bring increased speeds and network responsiveness, is also unlikely to reach rural communities.

“Market forces are what will drive the deployment of 5G,” said Blair Levin, who oversaw the FCC’s National Broadband report in 2010 and who served as chief of staff to Clinton-era FCC Chairman Reed Hundt. “The 5G economics are very different than they are for 4G. And cities, because of their density, are in a much better position to drive 5G deployment than rural communities.”

“Even if you make it cheaper to deploy and invest in the network, if you can’t sustain a business because the population density is too low, it doesn’t really matter,” Brake said.

There’s also the use of unlicensed TV broadcast spectrum called white spaces. Microsoft, which holds several royalty-free technology patents for using this spectrum, announced a program in July 2017 to connect 2 million people in rural America by 2022 through partnerships with telecom companies. The company promised to have 12 projects up and running in 12 states in the next 12 months.

The FCC has set rules for the use of white space spectrum and established an administrator of a national database to identify channels that can be used by devices accessing the shared spectrum. But there have been problems with the database’s accuracy, and there’s not yet an ecosystem of devices, which means it could be a while before the technology is widely used by consumers.